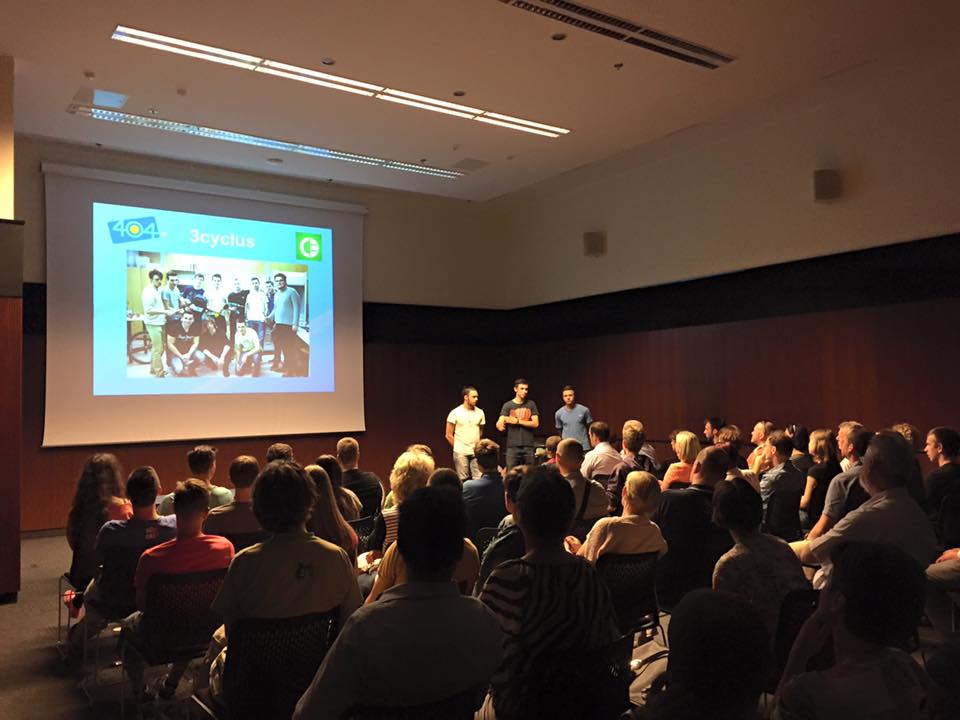 Yesterday I was attending Conference 404 (Konferenca 404) where some of the yearly projects taken on by participants of Zavod 404 were presented.  The projects presented at the conference include 3BOT, 3cyclus, Cirrus project, LED Cepelin, Argo, Ikarius and UrbanZephyr. You may also have heard of the Calypso project, but this was one of the projects that wasn’t presented at this time. 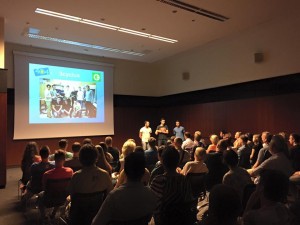 Zavod 404 is really doing something extraordinary, helping the young people to make their visions and ideas a reality. In the true maker spirit, the motto of Zavod 404 is “If you can’t find it, make it yourself.” And not only is it giving them tools, resources and knowledge to use them, but it is also bringing them in contact with companies, that are able to help them in achieving their goals.

I wasn’t taking any photos at the conference, so they are from the 404 photo archive 🙂 You can also follow links to get to project pages with some images, but most of the text is in slovenian language. 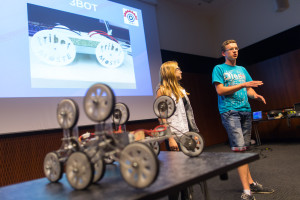 3BOT project is led by a team from high school Gimnazija Moste and is developing an agile robot platform that will also be able to climb the stairs. The robot is envisioned to be able to help in fire-fighting scenarios and the platform could as well be adapted to help the disabled people. 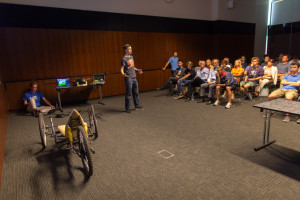 3cyclus project is trying to bring in mobility without causing pollution to our planet. They are a team from Gimnazija poljane and are building a three-wheeled electrically powered bicycle of a very unique design. 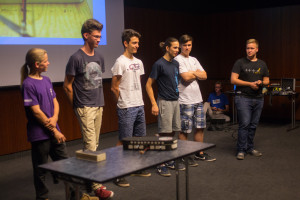 LED Ceppelin project is all about building a zeppelin flying platform. Zeppelin platform is practiculary interesting because of its ability to hover with almost no power required, thus allowing for prolonged periods of flight time. The team is from Gimnazija Ledina. 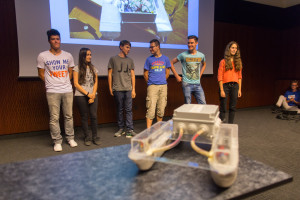 Project Argo team strives to build an autonomous robotic ship probe. The ship will be able to autonomously navigate and sample different parameters of the surface water, thus enabling safety assesment and enviromental research. The project is led by team from Gimnazija Vič.

Ikarus project is building an unmanned aerial vehicle – a flying wing in their case. The team is from Gimnazija in srednja šola Rudolfa Maistra Kamnik. Their plane will be able to do autonomous maneuvers and could for example be used in searches for missing persons. Of the three air vehicle projects, this one probably has the greatest range. They also bulit a deployment bay which can be used for delivering small amounts of goods, eg. an emergency drug package.

UrbanZephyr project is developing a quad-copter design that will be able to navigate its way in urban enviroments and will be useful for small package delivery. The project team is from Gimnazija Bežigrad. 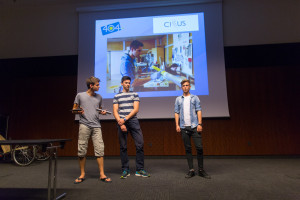 Cirrus project is a combined effort of Gimnazija Vič and several university students. This is also the project I participate in 🙂 In short we are trying to get to space… Currently we are experimenting with lower altitude rocket flights using solid fuel rocket motors. We have had several launches and already experienced a few problems, which will be adressed in the following builds. We are currently building the Cirrus Mark 2 rocket which will hopefully be launched in Poland this fall…