dejko1 Posted on December 13, 2014 Posted in Electronics No Comments 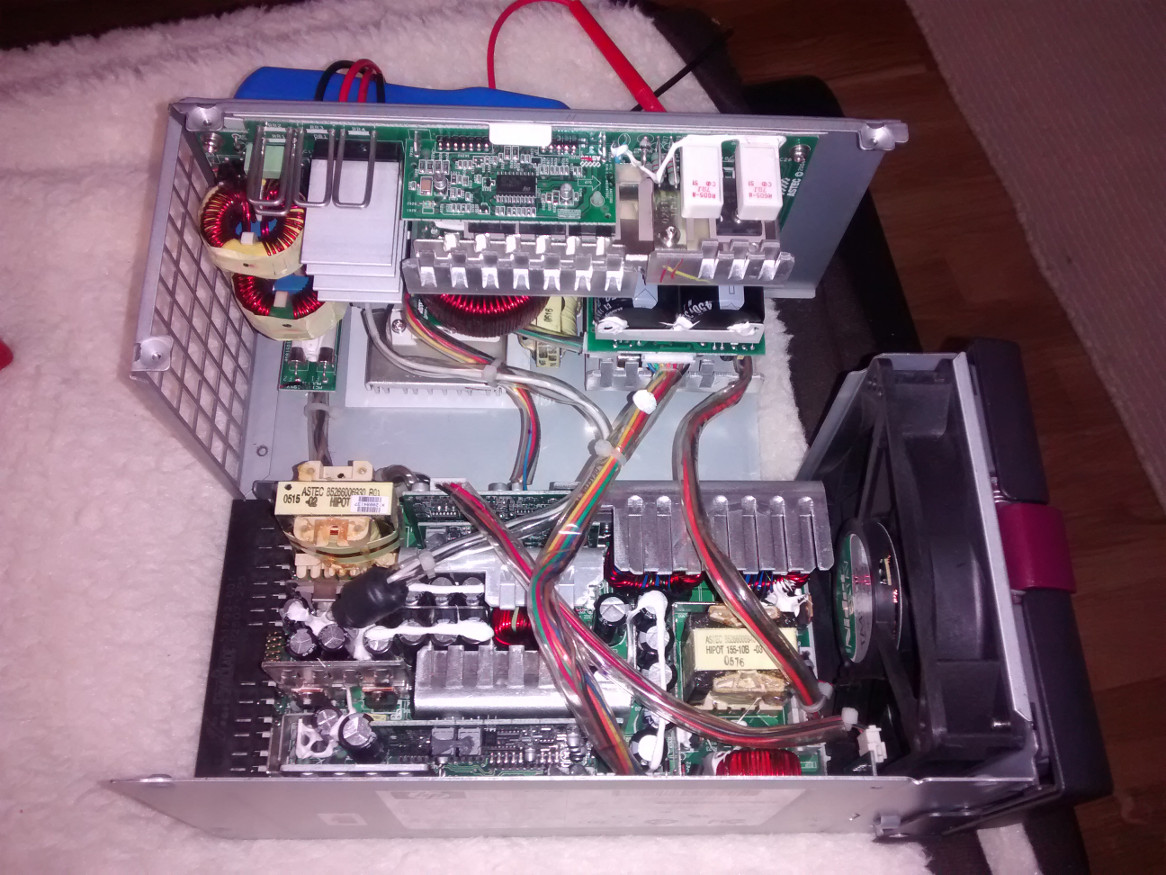 According to some people writing online you can also use ESP114 power supplies in parallel (they will automatically share current when going above some treshold) to get “insane” 110A currents at 12V output voltage. At these currents you could probably use it for welding…

To make the power supply floating groud you have to break the connection between output ground and system ground. You can see from the following diagram that connecting two power supplies with grounded outputs in series will simply result in lower power supply being in short circuit while the upper power supply will work normally and output 12V at it’s output. The numbers in red show wanted voltages, while the actual voltages would be from up down 12V, GND, GND, GND. 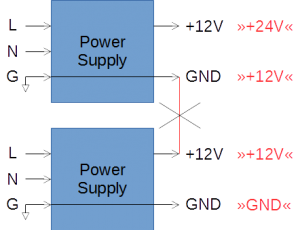 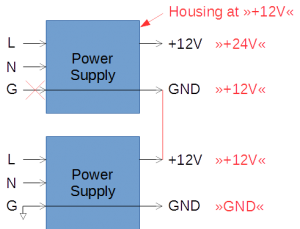 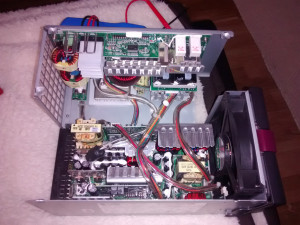 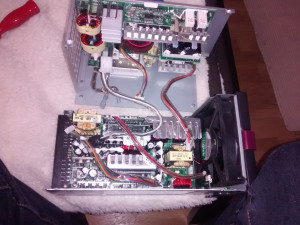 The connection between the input ground and output ground is made on the lower PCB, right next to the output/input connector of the power supply. You hawe to remove some more screws and to take out the PCB you will also have to disconnect the fan and front leds connectors. 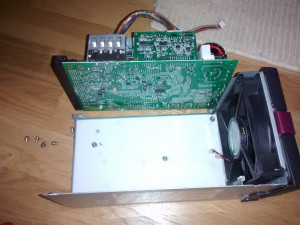 To make the power supply floating ground you have to cut the tracks between input and output ground. Some types of ESP114 power supplies actually have a SMD resistor there so you just need to desolder them and there in no need for physically removing/cutting the track as with the power supplies I have. 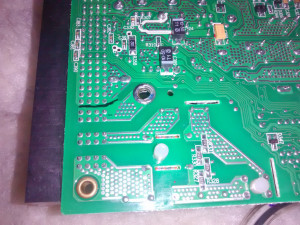 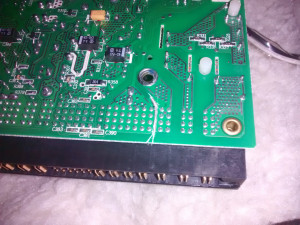 I also added a large value / large power resistor between the input and output ground (this is not really necessary). It makes the output ground somewhat fixed – making it less likely to float to voltages that may be dangerous if it is left unconnected. The resistor value was also chosen so that at normal voltages there will be no significant current through it. At high voltages (eg. if somehow line voltage gets across to the output) there will be enough current to trip the FID protector (if you have one installed – if you don’t have FID the resistor will not do anything but heat itself). I fixed the resistor inside the power supply housing on the opposite side of the fan. 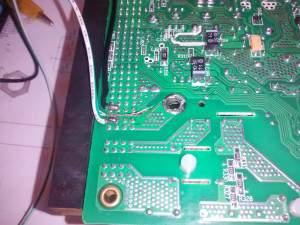 And just a few pictures of the two supplies wired in series. The lamps are 50W, so there is 2 x 250W connected across both power supplies. The big wire “holder” (the thing connected with red and green wires) next to the power supplies is meant to be populated with resistance wire to get the full 55A out of the supplies for testing purposes. 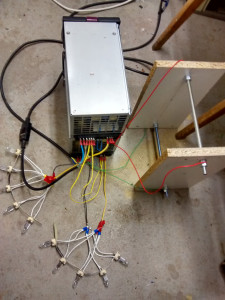 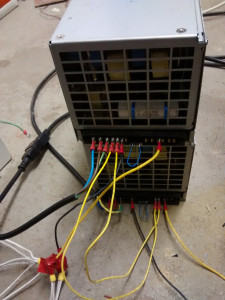 And a picture of the whole setup running 🙂

I left the thing run for a few hours and then shut it down. All seemed to work well, no magical white smoke coming from anywhere 🙂 I plan to do the whole 55A@24V ~1300W test after I get the resistance wire to wind that 1kW+ resistor 🙂