CdS photocells and their characterisation

CdS photoresistors (also called photocells sometimes) are an inexpensive type of light sensors. They find their use in light detecting sensors (daylight switches, light meters) and also in some music equipment (eg. noiseless faders and also some guitar effects). Due to its slow response this type of photoresistor can’t be used to detect very fast light changes, but for some applications this may actually be an advantage. 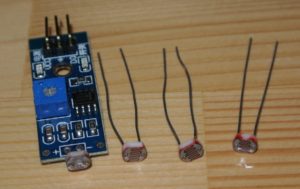 Unless very special photoresistor values seem to have a very vague tolerance, for example a cells bought as a single product number may have a value of 45-150k at the same light conditions. This is totaly ok where you want to use a single cell (eg. lamp switchoff during daytime, the brightness at which the switching is done is usually set with a potentiometer). I unfortunately needed to replace two cells that were used in tandem for a solar panel sun tracker. This required two cells which should be as close to each other in characteristics as possible. (My guess is that the photoresistors could also be matched using two point calibration with external resistors.) 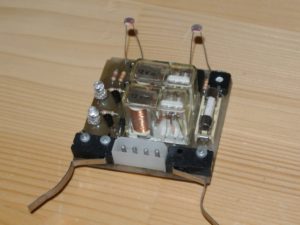 I initially tried measuring the CdS photoresistors by hand and pointing them at differently lit regions in room. Although this made me realise how much spread is in values of the pack fo photoresistors I have, the values I measured didn’t really have much meaning. I actually tried using  two of the photoresistors I “matched” this way in the circuit, but it didn’t work as it should…

So I decided to create a very simple fixture for measuring and matching the photocells. A small protoboard was soldered with a few socket strips. The fixture was configured so it could be used for measuring resistance of the sensors directly and also to measure a sensor + resisor combo or a balance between two sensors. 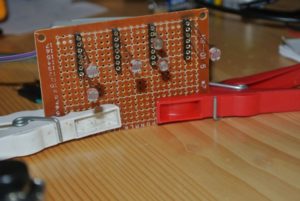 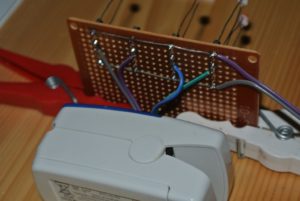 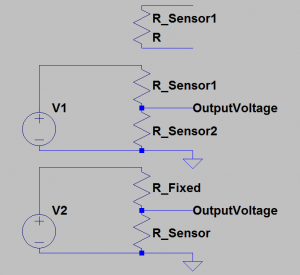 A lab power supply was used to power a halogen lamp (I think that incandescent may actually be better) which provided illumination to the sensors being measured. 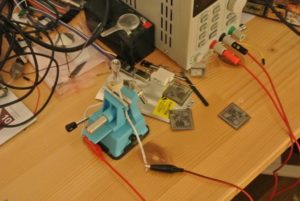 Currently I don’t have the need for calibrating / measuring a lot of sensors so the measurements were done manually. It would be however very easy to mount a sensor + resistor combo in the fixture and then an arduino could be used to make the voltage/resistance readings. Also my lab PSU can be programmed by PC… 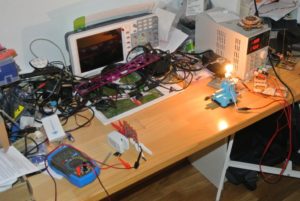 I got the following results:

The same results in a graph (the graph on the right has both axes in log):

9V block battery was used to power the sensors and a multimeter was used to make voltage readings. 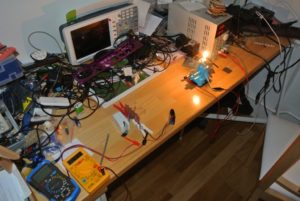 For a nicely balanced sensors the output should be around 4.5V (supply voltage / 2) and the output should not change much with changing light conditions, provided that the sensors are equally lit. Voltage on the PSU was varied to make measurements at different light levels.

The matched photoresistors really seem to work nice in tandem – much better than the old bridge I would like to replace. Still have to mount them in the circuit and see if that will make the sun tracker functional again.